More powerful women live and work in the United States than in any other country. Mostly the word ‘power’ is seen in close connection with the men out there. However, despite many of the gender barriers that continue to exist, women have risen to claim their place. With new women stepping into power in politics, technology, business, and media, the United States is reported to claim more than 50% stakes in the list of the world’s most powerful women. The following women, with their work, have made the United States keep its head high: 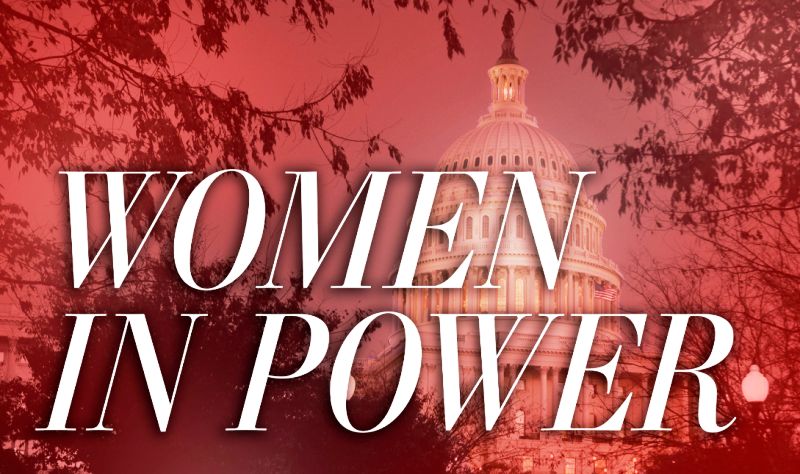 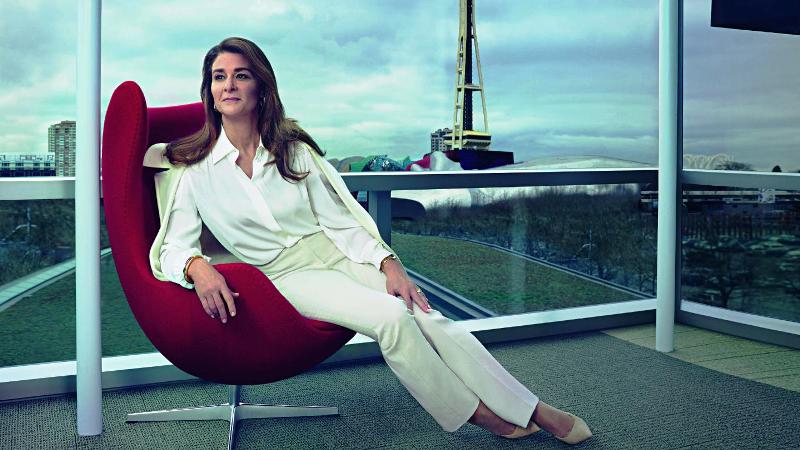 Melinda Gates has earned her name as a Business leader and Philanthropist. She was born on August 15, 1964, in Texas. She has spent her childhood in a middle-class family. During her school days, she developed a keen interest in computers. Later on, she pursued a bachelor’s degree in Computer Engineering, and a master’s in Business Administration from Duke University. After completing her education, she took up a job at Microsoft in 1987, where she met her boss Bill Gates. After a romantic relationship of 6 years, they got married. In the initial years, she remained in the background, helping Bill in his business decisions. In the year 2000, Melinda and Bill started the Gates Foundation with the aim to reduce poverty, provide health care, and expand educational opportunities. It was the time when Melinda started taking an active leadership role. The Gates Foundation is considered the largest private-sector charity organization in the US and one of the leaders of venture philanthropy. Melinda takes a personal interest in women’s issues around the world. She is regularly ranked on the Forbes list of the world’s 100 Most Powerful Women. 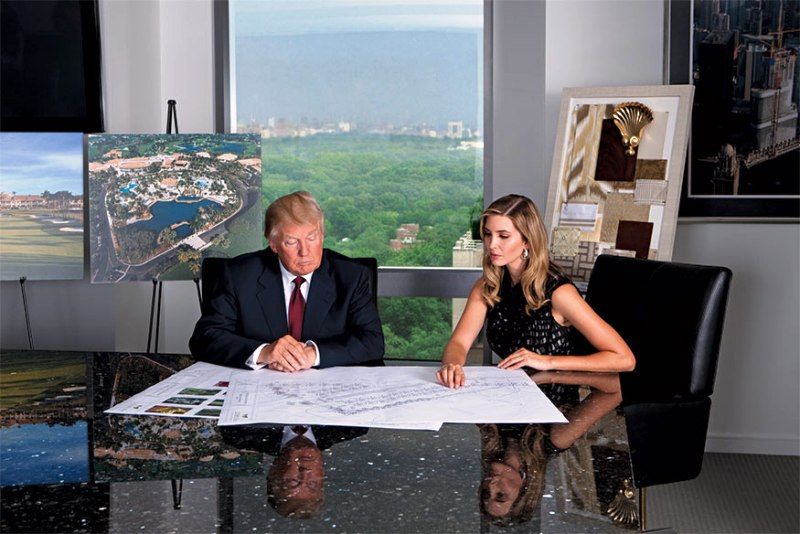 Ivanka is the daughter of Donald Trump who was often termed as ‘First Daughter’ during her father’s presidentship. She was considered one of the key figures in Donald Trump’s administration. She also represented the United States on the international front and actively took part in various global events. Before joining her father in the White House, Ivanka was a successful Businesswoman and model. After the initial stint as a model, Ivanka took the reins of her family business as VP at the Trump Organization. She is a real estate developer and the founder of the Ivanka Trump Collection. Ivanka calls herself a women’s rights activist. The Global Entrepreneurship Summit 2017 held in Hyderabad, India centered on the theme of ‘Women First,’ Ivanka led the US delegation. Ivanka is also focussing on policy areas such as paid family leave, and the promotion of women in science and entrepreneurship. 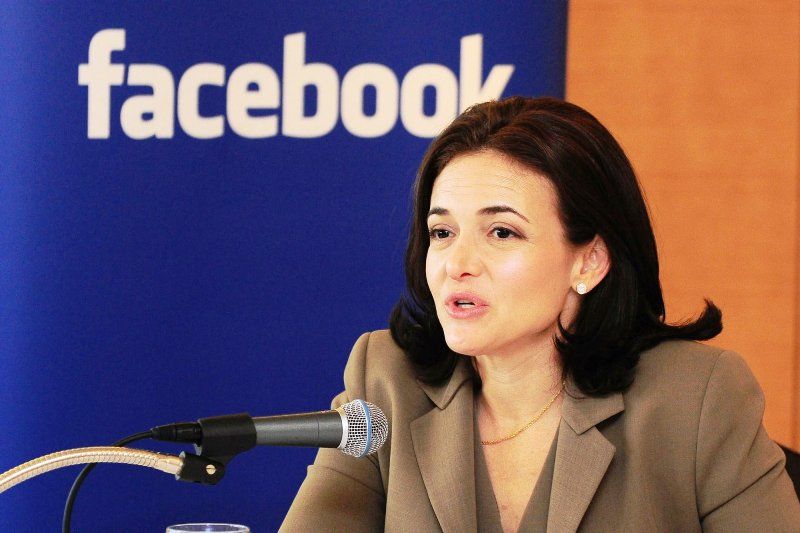 Sheryl Sandberg was the Chief Operating Officer of Facebook. On 2 June 2022, she announced that she will be leaving Facebook in the fall to pursue philanthropic work. Facebook was just a start-up when Sheryl joined it, and she went on to become the key person for Facebook’s multi-billion-dollar advertising empire. [1]The Hindu She has an estimated net worth of $ 1.61 billion. Sheryl is credited with boosting the revenues of the social media giant- Facebook. She attended Harvard Business School and worked at many prominent organizations including World Bank, the U.S. Department of Treasury, and Google, before joining Facebook in the year 2008. Sheryl is also an author and activist. She is the author of the best-selling book ‘Lean In- Women, Work and the Will to Lead.’ In the book, she writes about the supportive role of her husband, Dave Goldberg. In the year 2015, in an unfortunate incident, she lost her husband. After facing such adversity in her life, she wrote a book, Option B: Facing Adversity, Building Resilience, and Finding Joy, to help those who are bereaved, to help them recover and find happiness. 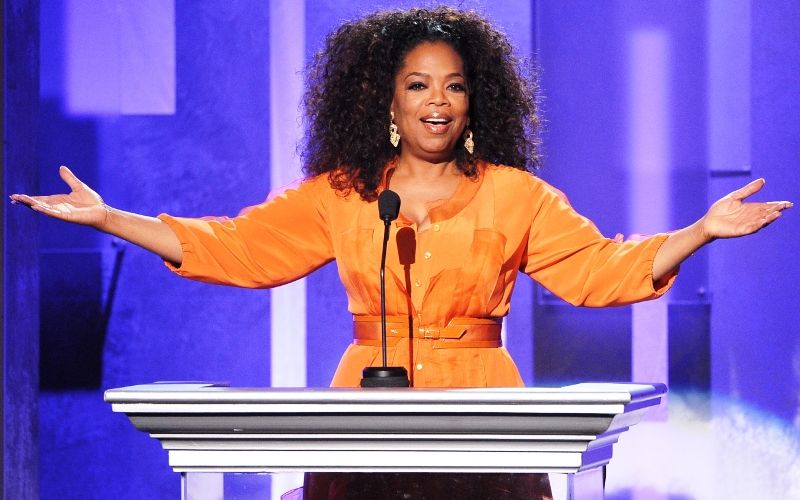 Oprah Winfrey is an actress, talk show host, and philanthropist. Oprah is one of the richest African Americans. She was born in an economically troubled neighborhood and raised by a single-teenaged mother in the city of Milwaukee. In her childhood, she was molested by her cousin, uncle, and another family friend. At the tender age of 14, she became pregnant, and her son died in infancy. With her great oratory skills, Oprah has created a niche for herself in the media. She started her career in television with the talk show People are Talking. The show became a hit. With her extraordinary oratory skills, Oprah became famous and her show Oprah Winfrey Show is the highest-rated television program of its kind in history. Dubbed as “Queen of Media,” she is the greatest black philanthropist in American history and is currently North America’s first and only multi-billionaire black person. Oprah and her journey from rags to riches inspire everyone to dream big in life.

Susan Wojcicki is the CEO of YouTube. Her estimated net worth is $410 million. Susan had spent her childhood on the Stanford campus as her father was a physics professor at Stanford University. She was a humanities student in college. She studied History and Literature at Harvard University but later on developed an interest in technology. She then obtained a degree in Master of Business administration from the UCLA Anderson School of Management. Susan was Google’s 16th employee, started as the search firm’s first marketing manager, and later headed all marketing and commerce. She was the one who advocated for Google’s $1.65 billion acquisition of YouTube in 2006, the worth of which is now $ 90 billion. In the year 2014, Susan was made CEO of YouTube. She has also been a vociferous advocate of several issues such as paid family leave, countering gender discrimination at technology companies, developing the interest of girls in computer science, and prioritizing coding in schools. 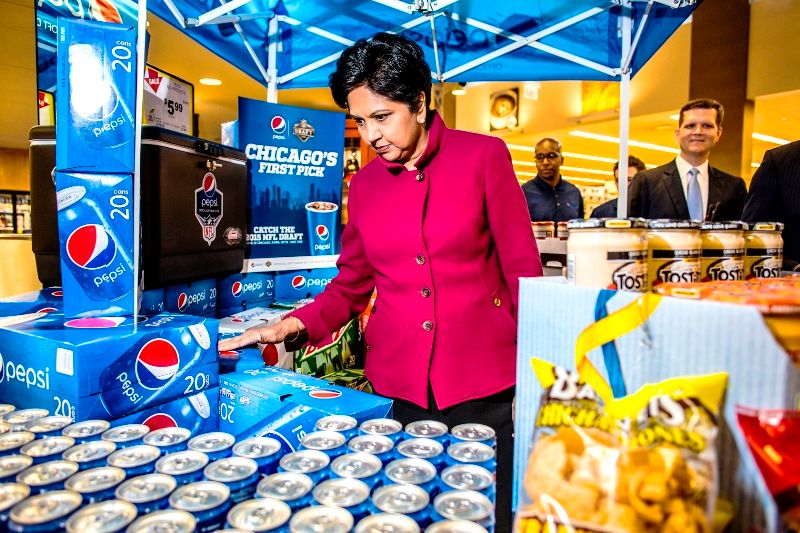 Indra Nooyi is an Indian American business executive and CEO of PepsiCo. She has been consistently ranked in Forbes’ List of 100 Most Powerful Women for many years. Indra belongs to Tamil Nadu, India, and has received her alma mater from the Indian Institute of Management Calcutta. She began her career in India with Johnson & Johnson. Afterward, she took admitted to Yale School of Management. Nooyi joined PepsiCo in 1994 and rose up to the ranks of the top executive in the company. She has been instrumental in the diversification and expansion of PepsiCo’s brands, which had primarily been more focused on soft drinks. Known to be a highly innovative, energetic, and hardworking person, she has increased the revenue of PepsiCo by many folds. In the year 2014, her net worth was estimated to be $144 million. In December 2016, she was selected in Trump’s Business Advisory Council. Indra Nooyi’s exemplary life- her journey from a middle-class Indian girl to one of the top executives in the United States- is nothing less than an inspiration. 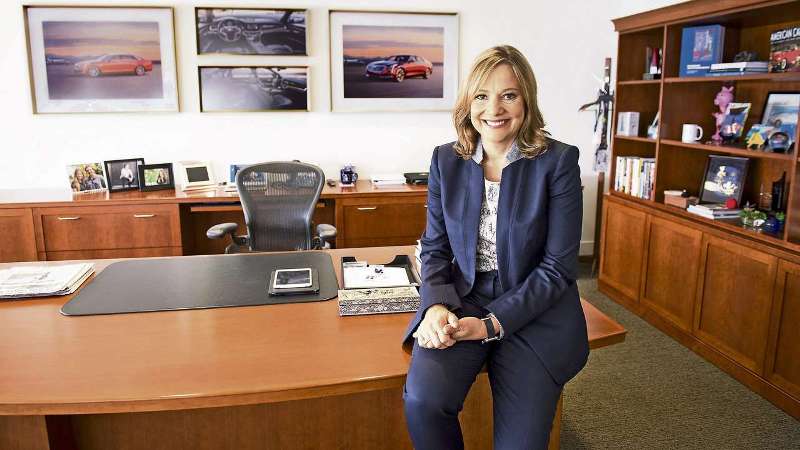 Mary Barra is the Chairman and CEO of General Motors. In 2014, she became the first woman executive of an auto-making company in the world. She has been declared as World’s Most Powerful Woman in Business for three years, consecutively, by Fortune magazine. Within 3 years of her tenure as CEO of General Motors, the company’s revenue achieved an annual growth rate of 9%. She started her journey with General Motors at the age of 18 years as an intern as her father was a worker in a GM factory. Mary studied Electrical engineering at General Motors Institute. Later on, she was awarded a fellowship at Stanford Business School by GM. Barra is focused on improving GM’s profitability while positioning the automaker for the future. She is pulling GM out of weaker international markets, among other measures. Looking ahead, Barra announced in early October that GM plans to move toward 100% electric cars. 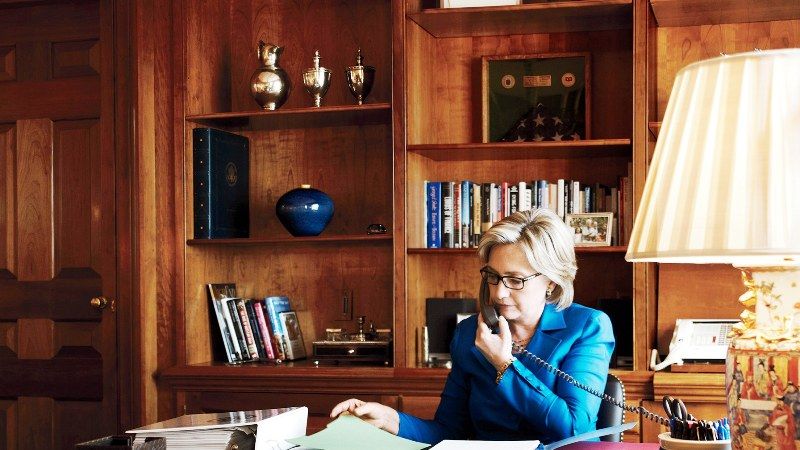 Had Hillary won the 2016 presidential elections, she would have created history. Hillary has a long political career. She is also an active women’s rights activist. Hillary Clinton earned her law degree from Yale University, where she met Bill Clinton. The couple officially tied the knot in 1975. Between 1993 and 2001, she served as the First Lady. Afterward, in the year 2001, she became the first American First Lady to be elected as a Senator. During the first term of Obama the President, he chose Hillary Clinton as Secretary of State. She was sworn in as part of his cabinet in January 2009 and served until 2013. 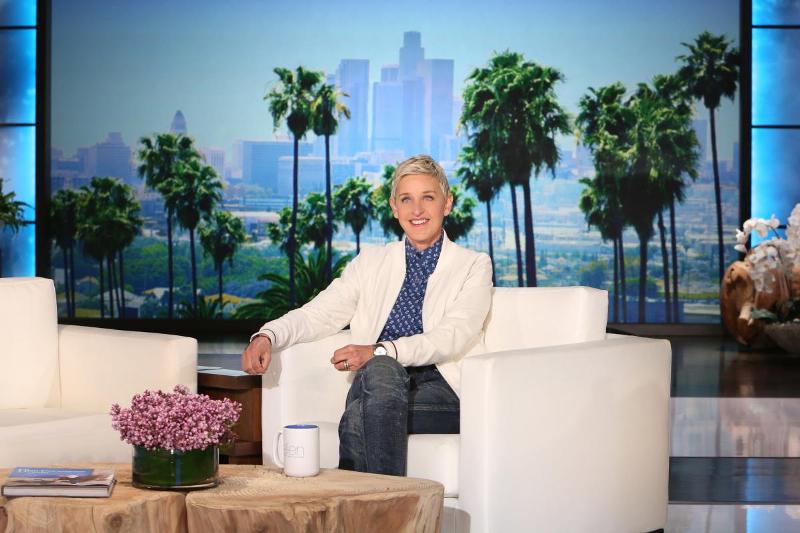 Ellen is a role model for the LGBT community around the world. Known for her talk show, ‘The Ellen DeGeneres Show,’ she is also an animal’s rights activist, actor, philanthropist, and comedian. Her humorous nature, courage, and positive energy make her unique, and people get drawn to her personality. She came into the public spotlight in 1989, when she first appeared on the sitcoms Open House’. Then she starred in many other shows like ‘Ellen,’ ‘The Ellen Show,’ etc. In 1997, on her appearance on ‘The Oprah Winfrey Show,’ she exhibited exemplary courage and declared herself as a lesbian. At that time, nobody used to talk about LGBT rights; it was a catalyst moment to explore LGBT issues. While she inspired millions of people, Ellen admitted she “hit rock bottom” after the confession. Ellen has also written several books like ‘My Point and I Do Have One,’ ‘Seriously. I’m Kidding,’ and ‘Home.’ She has been a recipient of many awards. President Obama before leaving his office awarded Ellen with Presidential Medal of Freedom for her contribution to the arts. 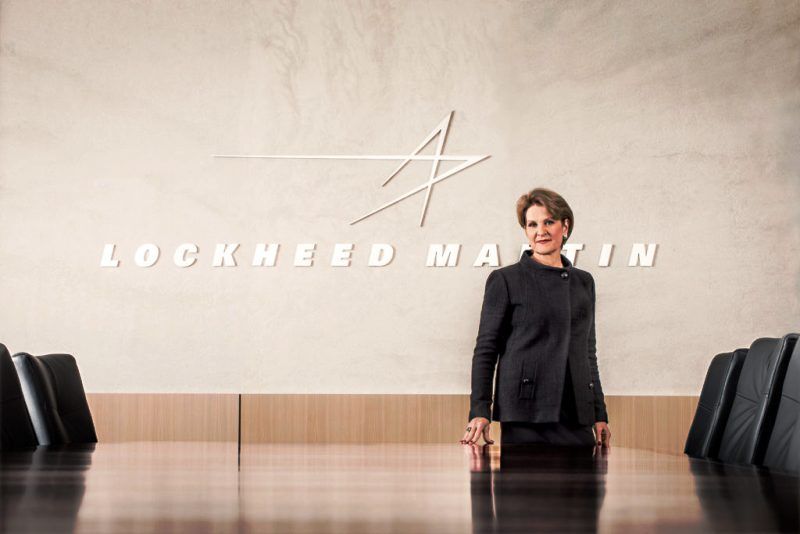 Born in Junction City, Kansas, Marillyn Hewson is the Chairwoman, President, and Chief Executive Officer of Lockheed Martin. With a Bachelor of Science degree in business administration and a Master of Arts degree in economics from the University of Alabama, she has marked her presence on the lists of Most Powerful Women of the US, as well as the World. She joined Lockheed Martin in 1983 and served the company in different capacities. Since becoming CEO in 2013, Lockheed’s market cap has doubled. Fortune magazine named her one of the “50 Most Powerful Women in Business” in 2010, 2011, 2012, and 2015.